Submit Your Story Back

How I got my first 3 customers and the steps for you to do the same. 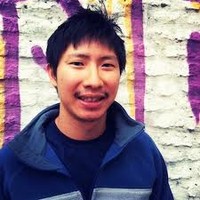 Instead of 3, make that my first 74 customers. I had just written my very first book on iOS app development and it received pretty good reviews from a small crew of developers who were my beta-readers. Back then, I was pretty naive and automatically assumed my awesome book was going to be critically acclaimed and become a commercial bestseller.

Unfortunately, reality had other plans and I launched it to almost universal indifference. In other words, nobody bought s**t. Undeterred, I planned out a promotional strategy revolving around outreach to bloggers, content marketing and forum posting.

I started off with forum posting and announced the release of my book by offering a free ebook on a related topic. I didn't pitch my book at all - just included the title and a link in my signature.

I did this in 2 popular iOS developer forums and it barely garnered a response. I was actually worried about posting my offer in a 3rd forum cos this particular forum was known to have a fairly tough crowd and I didn't know how my book would be received.

Long story short, I bit the bullet, made the post and my negligible sales increased from 1-2 a day to 74 the day after. I also got some valuable feedback about my book that I used to refine my subsequent titles.

- You can check out my titles here:
http://www.amazon.com/Self-Publishing-Playboo...

To whet your beak

Find out where your customers hang out and let them know about your product. Whether it succeeds or not, take the opportunity to get valuable feedback from your target audience.

We'll teach you how

We created software to help you get your first dollar and beyond.